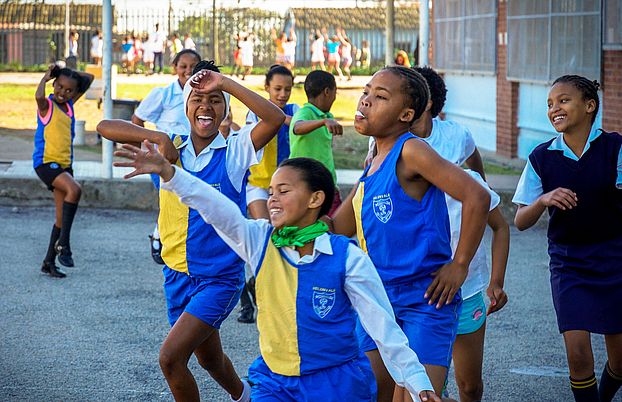 Physical inactivity and low cardiorespiratory fitness (CRF) are independent cardiovascular risk factors among children, but have rarely been investigated concurrently in sub-Saharan Africa. The purpose of this study from the KaziAfya project was to compare physical activity (PA) and CRF of primary schoolchildren living in Côte d'Ivoire (CI), South Africa (ZA), and Tanzania (TZ), to test sex- and age-related differences, and to examine whether PA and CRF are associated with each other.

Baseline data from an ongoing cluster-randomized controlled trial were used, including 499 children from CI (Taabo, 49%), 1,074 children from ZA (Gqeberha), and 593 children from TZ (Ifakara). PA was assessed by accelerometry and CRF by a 20 m shuttle-run test. The data were analyzed using multi-/univariate analyses of variance and mixed linear models.

Most children met recommendations put forward by the World Health Organization for moderate-to-vigorous PA (MVPA) and achieved high CRF scores. In CI, 89.6% of the children met MVPA recommendations (boys: 91.7%, girls: 87.4%), whereas this rate was 76.9% in ZA (boys: 91.0%, girls: 62.4%), and 93.8% in TZ (boys: 95.5%, girls: 92.0%). Children from TZ had the highest CRF and MVPA levels, followed by children from CI and ZA. Boys had higher MVPA levels than girls, whereas girls engaged in more sedentary behavior. Sex differences were strongest in ZA. Sedentary behavior and MVPA were higher among older schoolchildren compared to their younger peers. Higher MVPA, but not sedentary behavior, was associated with better CRF.

In all three settings, higher levels of MVPA were associated with higher CRF scores. Nevertheless, children living in the most urbanized setting (such as observed in ZA) were physically less active and had lower CRF than peers living in more rural areas (such as observed in CI and TZ). Particularly for girls, urbanization might increase the risk for insufficient MVPA, which may have negative effects on their CRF, thus negatively influencing health and well-being at later age.

The findings can be read in detail in the Children and Health, a section of the journal Frontiers in Public Health: